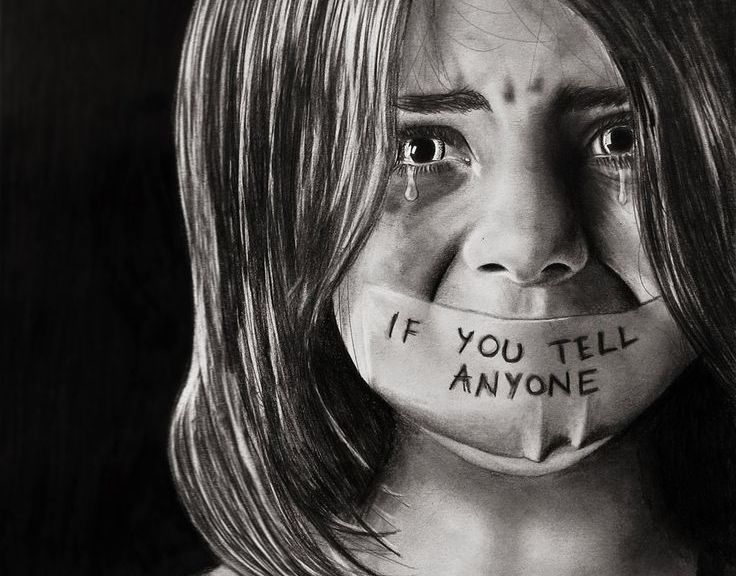 As most children dream of lollipops, running and playing without a care, some children face a much bleaker outlook.

As I report this story I feel a great sadness in my heart. For a child who draws a family portrait that involves violence and/or sexual abuse just does not sit well with me. When children draw a portrait of the family that involves violent crimes there are usually subtle reminders in their drawings. The dad and mother are fighting, blood from scratches and the little girl or boy calling out “STOP” “STOP” to their parents or abuser. As these few drawings shows the male abuser’s penis is usually showing.

Very sad and disturbing to think we have people of this caliber in our society today.

No matter what your financial situation, your ethnic background, your social status, this domestic violence and sexual abuse is real. Many children who grow up in households with violence and abuse have become abusers themselves or victims of an abusive relationship.

I’m sure we have all witnessed or heard the cries and voices of domestic violence at some time in our lives. You very rarely hear the cries of the child who is being sexually abused.

If you know of a child who is in danger please pick up the phone and call the police and report it. You could just save their life.

I think we need to change the thinking pattern for 2018. We all need to help that person. Whether the victim places charges with the police or not, we as a community we all need to call the police and stand up for a victim who cannot or will not stand up for themselves. You can do it anonymously. No One will know it was you. Yes it is scary. But just think if it was you, wouldn’t you want someone to help you?

On average, nearly 20 people per minute are physically abused by an intimate partner in the United States. During one year, this equates to more than 10 million women and men.

1 in 3 women and 1 in 4 men have been victims of [some form of] physical violence by an intimate partner within their lifetime.

1 in 4 women and 1 in 7 men have been victims of severe physical violence by an intimate partner in their lifetime.

1 in 7 women and 1 in 18 men have been stalked by an intimate partner during their lifetime to the point in which they felt very fearful or believed that they or someone close to them would be harmed or killed.

On a typical day, there are more than 20,000 phone calls placed to domestic violence hotlines nationwide.

The presence of a gun in a domestic violence situation increases the risk of homicide by 500%.

Intimate partner violence accounts for 15% of all violent crime.

Women between the ages of 18-24 are most commonly abused by an intimate partner.

19% of domestic violence involves a weapon.

Domestic victimization is correlated with a higher rate of depression and suicidal behavior.

Only 34% of people who are injured by intimate partners receive medical care for their injuries.

1 in 5 women and 1 in 71 men in the United States has been raped in their lifetime.

19.3 million women and 5.1 million men in the United States have been stalked in their lifetime.1 60.8% of female stalking victims and 43.5% men reported being stalked by a current or former intimate partner.

A study of intimate partner homicides found that 20% of victims were not the intimate partners themselves, but family members, friends, neighbors, persons who intervened, law enforcement responders, or bystanders.

72% of all murder-suicides involve an intimate partner; 94% of the victims of these murder suicides are female.

1 in 15 children are exposed to intimate partner violence each year, and 90% of these children are eyewitnesses to this violence.

Victims of intimate partner violence lose a total of 8.0 million days of paid work each year.

The cost of intimate partner violence exceeds $8.3 billion per year.

Between 21-60% of victims of intimate partner violence lose their jobs due to reasons stemming from the abuse.

Between 2003 and 2008, 142 women were murdered in their workplace by their abuser, 78% of women killed in the workplace during this time frame.

Women abused by their intimate partners are more vulnerable to contracting HIV or other STI’s due to forced intercourse or prolonged exposure to stress.

Studies suggest that there is a relationship between intimate partner violence and depression and suicidal behavior.

population. 40% – 61% of Asian women report experiencing domestic violence, as compared to 20% for

If you need help: Call The National Domestic Violence Hotline 1-800-799-SAFE (7233) Or, online go to http://www.DomesticShelters.org

Someone To Talk To

Talk person to person with someone trained to help you 24 hours a day, 365 days a year: