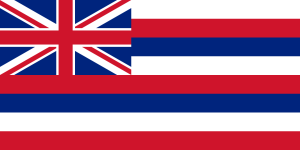 HAWAII Are We Ready?

Trump’s army chief warns US must be prepared for war

Hostile Kim Jung-Un Strikes again. Perhaps he needs to take some Valium and slow his roll. He is being so ignorant fluffing his feathers. Why do you Kim Jung-UN want to harm so many innocent people is the question to ask of this Boy. You are acting like a toddler.

I hope everyone is aware that we have been “warned”. It will only take 8, 15 or 20 minutes for the missile to get here from North Korea.There are 3 reports for estimated time arrival. The news media reports have the State of Hawaii under “Alert Status” and we have been warned to the affect an attack could happen and may be immanent.

Donald Trump’s most senior military officer has warned that a strike against North Korea is not “unimaginable”, as Hawaii prepares for a possible nuclear attack. Here is the latest news and live updates on tensions between the US and Kim Jong-Un.

Do you have your Survival gear ready?

Do you have tape to tape your windows?

Do you have your water ready?

The Hawaii Emergency Management Agency will roll out a plan Friday aimed at helping residents and visitors prepare for a potential North Korean missile attack that could come with barely eight minutes warning.

While stressing such an event is “currently assessed to be very low,” emergency planners said it is prudent to prepare for the worst.

“We do not want to cause any undue stress for the public, however, we have a responsibility to plan for all hazards.” HEMA administrator Vern Miyagi said in a statement reported by Hawaiian news media. “We cannot wait to begin our public information campaign to ensure that Hawaii residents will know what do if such an event occurs.”

The focus on North Korea follows recent tests by Pyongyang of intercontinental ballistic missiles that, theoretically, could deliver a nuclear warhead to Hawaii within 20 minutes, giving the island’s emergency teams only eight to 12 minutes to warn the public.

US prepared to use force on North Korea ‘if we must’: UN envoy

U.S. Ambassador to the United Nations Nikki Haley told a meeting of the U.N. Security Council that North Korea’s actions were “quickly closing off the possibility of a diplomatic solution” and the United States was prepared to defend itself and its allies.

Like Loading...
‹ A TRICK TO GETTING RID OF GREY HAIR
Almond Butter Doggie Biscuits… (Healthier than peanut butter) ›