Home › News › “FUKUSHIMA”: Now that the truth is finally being reported … (video 1)

“FUKUSHIMA”: Now that the truth is finally being reported … (video 1)

“FUKUSHIMA”: Now that the truth is finally being reported … 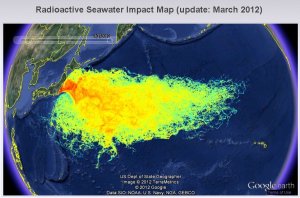 So in realty, they called it just a “Theory” and “Crazy Conspiracies” but Not the “TOP Scientists”.

An energy map provided by the National Oceanic and Atmospheric Administration (NOAA) shows the intensity of the tsunami in the Pacific Ocean caused by the magnitude 8.9 earthquake which struck Japan on March 11, 2011. Thousands of people fled their homes along the Pacific coast of North and South America on Friday as a tsunami triggered by Japan’s massive earthquake reached the region but appeared to spare it from major damage. REUTERS/NOAA/Center for Tsunami Research/Handout (UNITED STATES – Tags: DISASTER ENVIRONMENT) FOR EDITORIAL USE ONLY. NOT FOR SALE FOR MARKETING OR ADVERTISING CAMPAIGNS. THIS IMAGE HAS BEEN SUPPLIED BY A THIRD PARTY. IT IS DISTRIBUTED, EXACTLY AS RECEIVED BY REUTERS, AS A SERVICE TO CLIENTS

The Fukushima disaster is the largest nuclear disaster since the 1986 Chernobyl disaster and the second disaster to be given the Level 7 event classification of the International Nuclear Event Scale.

Watch the video below. It’s a 5 video series. These videos start in 2011 when the ocean surrounding “FUKUSHIMA” bubbled from the heat of the “Radioactive Material” being released into the ocean to PRESENT.

You can see the “Ghost Town” that remains. “Fisheries and Farmers” are “No Longer”. “NO HARVEST” of any fish or vegetables. Now we have watched another “Chernobyl”, just into the Ocean.

The sea floor “DEAD MATTER” has reached an all-time high. Our “Powers at hand”, dismissing the “SEA LIFE” washing ashore all around the “Pacific Ocean”. From the depths of the “OCEAN” came unseen large sea life. 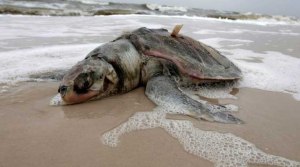 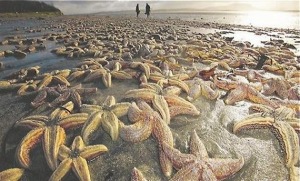 We have watched Dolphins, Whales, Oar Fish and various others “Beaching” themselves from shore to shore around the “Pacific Rim of Fire”. Now You can truly call it the “RIM OF FIRE”.

You ask why, because of the “TOXICITY to ALL” who live and eat from the “Pacific Ocean”.

Because of the rise of “Birth Defects” and “Cancer” in “Humans and Animals” on the “WEST COAST”.  One year after the “PLUME from FUKUSHIMA” passed over the mainland’s. Came in from the ocean to the “Shore and Beyond”. Everyone in the “PACIFIC OCEAN” area have been affected.

The “Scientists” and other “Theorists” tried to tell the World. Very few listened, others ignored it and some never knew.

So life went on with very little information being shared with “Public”. 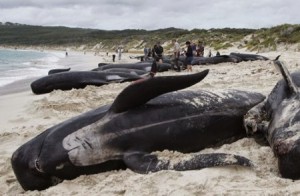 The Only thing most of the world saw was the news reports of “MASS FISH” kill off in our “Pacific Ocean”.

Educate yourself, don’t wait for your Government” to release the news. We cannot “REWRITE” this disaster. 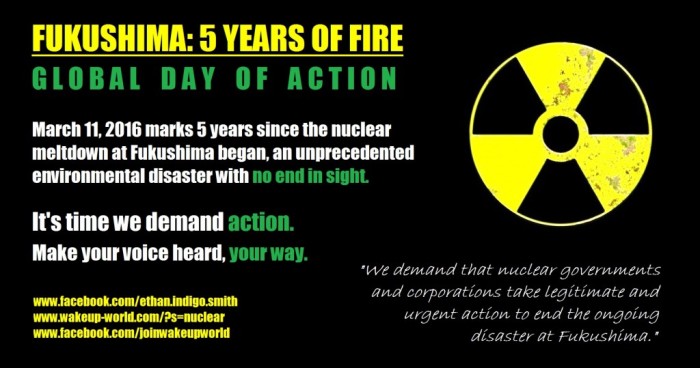 STAND UP and DEMAND THAT THE PEOPLE BE TOLD THE TRUTH

We have watched another “MAN-MADE” Disaster destroy our “ECO SYSTEM”. This has devastated the earth beyond repair.

LIFE IS CHANGING.. .Will You and your FAMILY Survive.

They told you “GLOBAL WARMING” was the cause for the “Pacific Ocean” rising Temperatures. This has been a “FALSE” statement for the Past 4 Years.

Do you Know what to pack for a disaster?